Malaysia needs to do a lot more for mental health 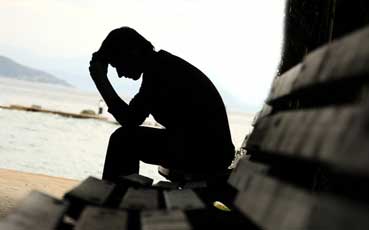 Many aspects of mental healthcare in the country need improvement and reform.

Malaysia needs to do a lot more for mental health

Many aspects of mental healthcare in the country need improvement and reform.

“Firstly, the stigma. Due to poor understanding of mental health, it is often regarded as taboo to talk about it and to seek professional help.

“Secondly, we must decriminalise suicide attempts. Section 309 of the Penal Code needs to be abolished or revised.

“Unfortunately, in Malaysia, if an individual attempts suicide and gets caught, instead of being given mental health support and care, he or she can be jailed or fined or both.

“Thirdly, healthcare for mental health issues is costly. Hence, there is the misconception that mental healthcare is only meant for the higher income group or that it is a problem only faced by people who have enough, but aren’t grateful or ‘not mentally strong’.

“Due to this, the lower income group would perceive this not as a health matter, but a spiritual matter.

“It is therefore important that all levels of income have equal access to mental health treatment.

“Lastly, lack of funding. Although it has increased this year, it is considerably low given the fact that many people are experiencing grief and loss on a massive scale due to the (Covid-19) pandemic.

“The loss of loved ones and livelihoods have hit us hard and have resulted in more people struggling with their mental health now than ever before.”

Bernama, quoting the Xinhua news agency, reported that Guterres, in a video message at the launch of the World Mental Health Report 2022: Transforming Mental Health For All, said nearly one billion people worldwide had a mental health condition and most of them lacked access to treatment.

He said the Covid-19 pandemic had increased mental health problems and led to a far greater understanding of the importance and fragility of good mental health.

He said in most countries, mental health remained the most neglected area of health policy.

Awas said Malaysia must apply a top-down approach so that when policies were in place, the people would understand that mental health was a health matter and a serious one that should not be taken lightly.

Consultant clinical psychologist Urmilah Dass said there must be a lot of changes in how mental health was handled in the country.

“Mental health is not a minor thing. Unlike a broken leg or heart attack, it is something hidden that you cannot see.

“It is something that people can mask and people get on with their lives every day thinking that they can still work.

“But this is your mind, which goes on for 24/7 if you’re not sleeping. It is torture if you go through it without any help.”

She said many people’s mental health had taken a huge hit due to the Covid-19 pandemic.

“As a practitioner, I’m seeing more and more people struggling with mental health coming for help.

“They were trapped at home worrying about illness and death.

“There is a lot of grief and trauma and not enough mental health support in our country.

“We have more than 32 million people, but how many psychiatrists and psychologists are available in the country?

“With so few of us, there is a long waiting list.”

But, Urmilah said, Malaysia was doing a lot more than before.

“A lot of NGOs as well as the government, through the Health Ministry, have offered helplines for those seeking emotional support and counselling.

“These helplines should remain open so that individuals who require support can get assistance.” – NST