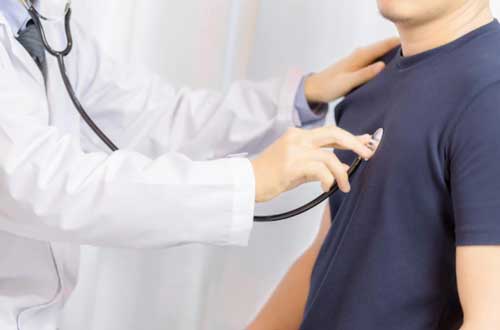 Breast cancer, like many diseases, does not discriminate based on biological sex. The view that breast cancer is a “women’s disease” is a common societal misconception. The truth is that men are also at risk of developing breast cancer, and it has the potential to be more dangerous.

So, what exactly sets apart the causes for men in the face of a breast cancer diagnosis?

A question of hormones

First, it is essential to understand that a majority of breast cancers will grow in response to the hormones oestrogen or progesterone. This is because breast cancer cells that are hormone-receptor positive (HR positive) have receptors on the outside of their walls that can latch on to specific hormones that circulate through the body and allow for growth to happen.

According to Kuala Lumpur-based Dr. Nik Muhd Aslan Abdullah, Clinical Oncologist at Sunway Medical Centre, men have a higher possibility of developing breast cancer cells that are HR-positive, when compared to their female counterparts.

“Breast tissue itself grows in response to oestrogen and is prohibited by testosterone. While it is a primarily female hormone, men have them in their bodies too, just at lower levels,” he said.

“Breast cancer cells in men are sensitive to hormonal imbalances, so any factors or conditions that can lead to an excess of oestrogen and a lack of testosterone will increase their risk of developing breast cancer.”

Conditions such as Klinefelter syndrome (a rare genetic condition in which a male has an extra X chromosome and produces lower levels of androgens), injury to the testicles, usage of androgen inhibitors, liver cirrhosis (scarring of the liver), and even obesity can all result in raised oestrogen levels in men.

That being said, since a majority of breast cancers in men are HR-positive, this also makes them more likely to respond to hormone treatments.

“Men who are found to have HR-positive breast cancer can opt for the same route we use to help women in the same situation, which is hormone therapy using treatments such as Tamoxifen,” Dr Nik shares. “Like chemotherapy, this is a form of systemic therapy that can be used to help lower the risk of the cancer cells spreading, or treat cancer that has come back after treatment.”

What’s in a gene?

Another big factor in the causes of male breast cancer, is that about 1 out of 5 patients are found to have had a family history of the disease. This is because men can also inherit a mutation in the BRCA1 or BRCA2 genes or other genes, such as CHEK2 and PALB2, which highly increases their risk for breast cancer.

“Unfortunately, we do not have a say in the types of genes we inherit; however, this is a very strong case of where early prevention is better than cure.” Dr. Nik goes on to say that men with a family history of cancer should consider seeking counsel from their doctors about going for genetic screening tests as soon as they can, especially those over the age of 50.

“These tests are done through blood sampling, where a genetic counsellor is able to guide you on what to look out for and what can be done with the results given. If positive, a genetic counsellor can also provide advice on future treatment for the patient, as well as what it would mean for their families and children, if any.”

Manning up for the doctor

“Men will sometimes wait too long to seek out a diagnosis for the symptoms they may be experiencing, or not recognise the warning signs of breast cancer in their bodies. This leads to a delay in diagnosis when the cancer has already metastasised to a much more perilous state.”

As a final word of advice, Dr. Nik encourages men to not be afraid of seeking a doctor’s opinion if they find themselves experiencing any of the mentioned symptoms related to breast cancer.

“Breast cancer can be cured, and it is very treatable if detected early on. The influence of men’s perception and their willingness to go get checked plays an important role in early diagnosis, therefore they must feel empowered to seek help when they need it.”