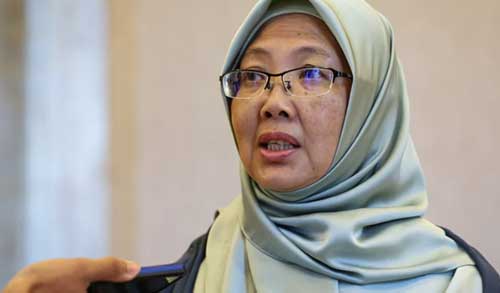 First-term Health Minister Dr Zaliha Mustafa, who supports the generational endgame (GEG) Bill on smoking and tobacco products, is upbeat on retabling it in the first sitting of Parliament next year.

She said ministry officials and stakeholders are briefing her on the proposed law and she hopes to be able to finetune it further after several concerns were raised about its drastic implementation, The Sunday Star reported today.

“As a doctor, I support the GEG.

“I am hoping to get the Bill fine-tuned and ready by the first Dewan Rakyat meeting next year.

“For now, I will need to sort things out, including the GEG’s implementation and timeline,” she was reported saying.

The Bill was tabled for the first reading in the Dewan Rakyat on July 27 by then health minister Khairy Jamaluddin, with the aim of creating a smoke-free nation, starting with those born after January 1, 2007.

However, several MPs voiced complaints, prompting the Bill to be referred to a parliamentary special select committee for further consideration.

Among other concerns raised included it being unconstitutional as it meant that youths would have no freedom of choice over smoking.

The GEG Bill proposes that those born after January 1, 2007 will not be allowed to buy or use any form of smoking-related products, including electronic cigarettes or vaping devices with the aim to ban the future generation from smoking and vaping.

The revised law was supposed to be retabled in the November sitting of Parliament.

But Parliament was dissolved on October 10 to make way for the 15th general election.

This means that the Bill has to be retabled by the newly-formed government led by Prime Minister Datuk Seri Anwar Ibrahim.

Last Thursday, several news outlets reported Dr Zaliha saying the GEG policy would be re-examined in terms of its implementation through the Control of Tobacco Product and Smoking Bill 2022, which Parliament has yet to pass.