No special treatment for VIPs at hospitals, says health DG 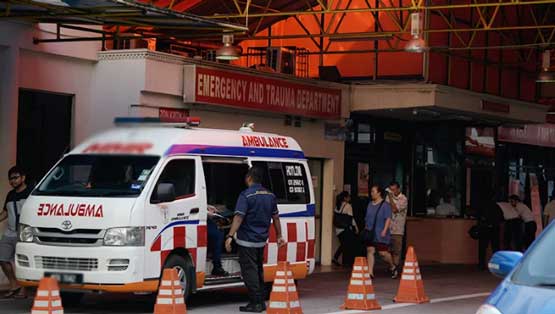 In denying claims that such practice was common, he said the health ministry’s policy was clear in giving priority to “emergency and urgent cases”.

“It is important to note that the ministry’s policy puts emergency and urgent cases first in order to ensure treatment is provided without any delay,” he told FMT.

Recently, the news portal CodeBlue uploaded an article purportedly written by a doctor at Hospital Serdang who claimed there would be calls from “higher ups” to immediately attend to VIPs at the emergency department despite their being in stable condition.

The doctor alleged other specialists would also be called in to expedite care for the VIPs despite long queues of patients who had been brought to the department before the VIPs.

Urging the complainant to furnish facts to support the allegations that the practice was common, Noor Hisham pointed out that public hospitals have no special lane for VIPs or VVIPs.

“We (only) have a special lane for the elderly,” he said.

“We encourage scheduling an appointment. This helps to manage congestion and unnecessary overcrowding,” he said.

The report stated that such a situation did not only exist at government hospitals’ emergency and trauma department, but also at its outpatient clinics and inpatient wards, as well as the government health clinics (KK). – FMT