Prevention and early detection of scoliosis in children and adolescents 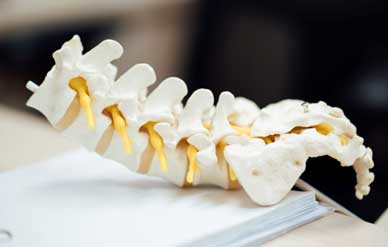 Scoliosis: the hereditary spinal condition in which the spine curves to one side, taking after the shape of an “S” or “C,” is often misbelieved to be the result of bad posture, and, in children, caused by carrying heavy bags – neither are true.

Although most cases of scoliosis have no known cause (idiopathic scoliosis), early detection is recommended to prevent it from causing serious detriment to a person’s health, according to Dr. Wong Chung Chek, Consultant Orthopaedic and Spine Surgeon at ALTY Hospital (ALTY) in Kuala Lumpur.

Scoliosis is said to affect about 2-3% of the population in Malaysia. It is most often detected during adolescence, but can also affect adults and the elderly, albeit at a lower rate.

As scoliosis can worsen very quickly during childhood growth spurts and adolescence, parents should make it a point to examine their children on a regular basis. Scoliosis progresses very rapidly during these growth spurts and only slows down or stops once the child reaches bone maturity.

Signs of scoliosis become more noticeable as a child grows in age or as the curve progresses, but that doesn’t mean that scoliosis is impossible to notice early.

Parents can look out for any imbalances in the height or position of shoulders, shoulder blades, or hips — for example, one shoulder appears to be consistently drooping below the other. Parents should also watch for protruding shoulder blades, unevenness in gait, or misalignment of the head with the rest of the body, as these are all common symptoms of scoliosis.

In addition to home surveyance by parents, it is recommended to have posture screening for children in schools, together with regular health screenings. This will help to identify any symptoms earlier, especially since most children are developing rapidly at this time, which is typically when scoliosis begins to occur; and raise awareness about the condition, at the same time.

Recently, ALTY organised a Community Scoliosis Screening campaign – with pharmaceutical business, Viatris – around Klang Valley which resulted in over 250 walk-ins. From the screening sessions, it was discovered that a majority of parents and guardians were unsure of what signs to look for in their children, especially concerning scoliosis.

Most were also unaware that posture screening is available at most health clinics that can highlight growth or development related issues in children.

Dr. Wong said that one away to ensure early detection of scoliosis in children is to make early screening accessible in schools. School authorities and government collaborations can be considered in the future to ensure that posture screening is included as part of regular health assessments for Malaysian children.

However, if you are still unsure, it is best to consult an orthopaedic specialist as soon as possible. An orthopaedist who specialises in paediatric conditions will be able to examine spinal curvatures in children or recommend preventive measures as necessary.

While scoliosis is not a preventable condition, measures can be taken for early detection that can slow down the worsening of the condition, thus avoiding surgery. Even in situations where surgery is still needed, early detection would translate to shorter segments and safer surgeries.