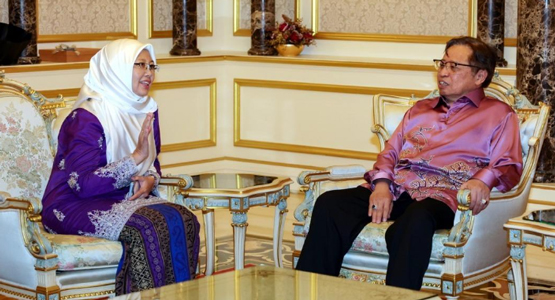 The Sarawak government is prepared to build a cancer centre by the end of this year if the federal government agrees to the proposal, said Premier Tan Sri Abang Johari Tun Openg.

Speaking at Sarawak Heart Centre’s 20th-anniversary dinner here tonight, he said the centre would contribute to the healthcare of the region and cater for the needs of cancer patients from Sarawak, Sabah and neighbouring countries.

Meanwhile, Dr Zaliha applauded Sarawak’s health department for its effort to encourage Sarawakians to get their second booster dose of the COVID-19 vaccine.

She said a total of 12,612 second booster doses were successfully distributed through all divisional health offices, hospitals, government agencies and private health facilities in Sarawak.

“This is a measure to improve preparedness to face the possibility of an increase in COVID-19 cases and deaths. The vaccination will continue on a large scale throughout Sarawak until the end of January 2023,” Dr Zaliha said.

On the Sarawak Heart Centre, she said it was an example of a great success story on how to transform a facility in expanding its network of services to treat heart disease, kidney and cancer patients. – Bernama