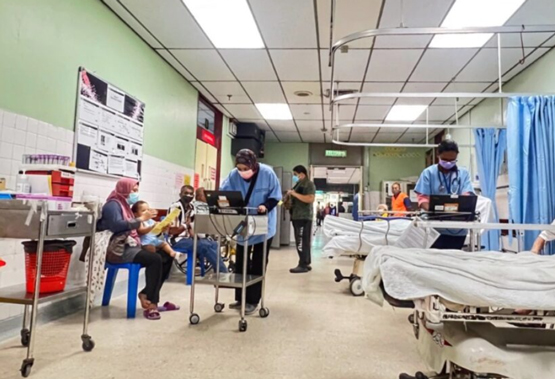 Former education minister Maszlee Malik has called on the health ministry to find solutions to the overcrowding problem at Kajang Hospital.

In a Twitter thread, he said patients were being placed in the emergency ward due to a lack of beds in the normal ward.

He made the observation after visiting a special needs teacher, Hasmadi Hamdan.

“He has been placed in the emergency ward since 7am yesterday because Kajang Hospital doesn’t have enough beds for patients.

“Along with him are 20 other patients who are also waiting for beds in the normal ward.

“I hope the health ministry will do something to improve the situation at Kajang Hospital for the people of Kajang and the surrounding area.”

Maszlee tagged the health ministry and Prime Minister Anwar Ibrahim in his tweet.

She said the overcrowding issue had also been reported in the Auditor-General’s Report 2018, which was published on June 24, 2019.

It identified causes contributing to the congestion, including insufficient allocations, a shortage of health personnel and a lack of facilities to meet patients’ needs.

The issue was not only faced by the emergency and trauma departments but also the outpatient clinics, inpatient wards and health clinics.