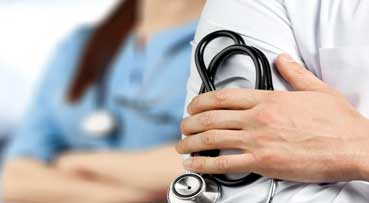 The current system of promotions for medical officers needs to be reviewed to include contract doctors who are losing out in terms of seniority, says the Malaysian Medical Association (MMA).

Its president, Dr Muruga Raj Rajathurai, said contract officers promoted to Grade UD43 from UD41 after finishing their housemanship would lose out in terms of seniority to their counterparts placed on the higher scale of UD44.

“We agree that based on the current system, the newly appointed UD43 medical officers will be (regarded) as juniors to their counterparts in UD44. They lose out in terms of opportunity for promotions as only permanent staff are entitled,” he told FMT.

Under normal practice in the past, housemen are promoted as medical officers to UD44 directly after they complete their internship of two to three years.

“For example, it would be unfair if there are no opportunities for promotion for a medical officer who has been on contractual service for seven years. He or she should be entitled for promotion to UD48 like the rest,” he said.

He said promotions to higher grades were time-based for those in permanent positions, where the number of years of service would be taken into account for placing them on higher grades.

Muruga Raj also clarified the claims of some doctors in UD43 that they were not given the RM400 monthly entertainment allowance.

“Those in UD43 (as well as) UD44 do have the same allowances. It is incorrect if it is said that there are differences in allowances for these two grades,” he said. FMT