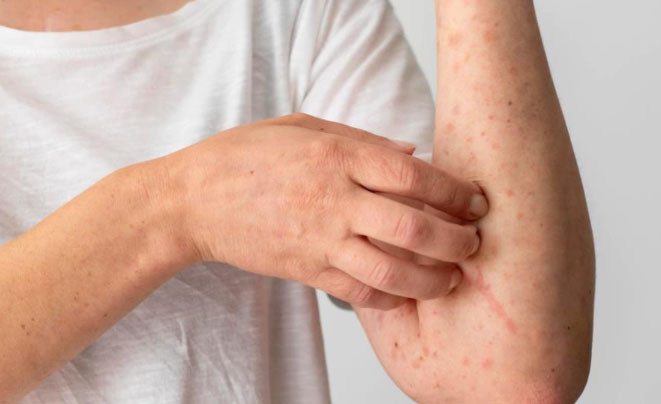 Many Malaysians suffering from psoriasis have said financial woes due to treatment costs influences their adherence to treatment, according to an international joint survey on psoriasis patients in South Korea, Hong Kong, and Malaysia known as the “Psoriasis Patient Access & Education Survey.” In the survey, some 53% of respondents in Malaysia identified financial burden as a key challenge to psoriasis treatment, followed by ineffective treatment (49%) and inconvenient/unacceptable waiting time to see a healthcare provider (39%).

Many of the survey respondents indicated an absence of insurance coverage (public or private insurance) provided for treatment costs, and 61% revealed that they have financial burdens due to the treatment costs.

“The patient survey findings are in line with the feedback we receive from our members,” said Eugene Cross, President, Psoriasis Association of Malaysia (PAM). “Among our members who have been affected seriously with widespread skin lesions or autoimmune arthritis symptoms – a category of medicine called biologics are able to provide adequate relief for the majority. However, this therapy is not a cure and patients need ongoing treatment. Moreover, biologics treatment is costly – estimated to vary between RM30,000 to RM50,000 annually.”

These findings underscore the urgent need for improved access to funding for psoriatic patients in this country as well as the need to classify psoriasis and psoriatic arthritis as critical illnesses under both public and private health insurance schemes.

However, the continued failure to address these funding and regulatory issues have resulted in a lower proportion of Malaysian patients (14%) receiving the latest treatment compared to their counterparts in Korea (37%) and Hong Kong (55%).

The findings of this patient survey were released in conjunction with the World Psoriasis Day (WPD) celebration in Malaysia on October 30, 2022.

Psoriasis is a debilitating auto-immune and chronic inflammatory disease, affecting the skin and joints. In Malaysia, a total of about 23,800 patients with psoriasis were recorded in the National Registry from October 2007 – December 2019 although it is broadly estimated that the disease affects around 300,000 Malaysians.

This year’s WPD theme is “United we Tackle Mental Health” since mental health is increasingly being recognized as a significant part of living with psoriatic disease.

“The public may not realise that many psoriasis patients are not only affected physically, emotional scarring is common among patients. Combining the mental health aspect, the financial aspect and the physical symptoms – all add up to a patient’s heavy burden. Much needs to be done for psoriasis

patients in Malaysia. PAM hopes to continue finding long-term solutions with the relevant health players to address the plight of psoriasis patients in our country,” said Dr. K. Thiruchelvam, Deputy President of PAM.