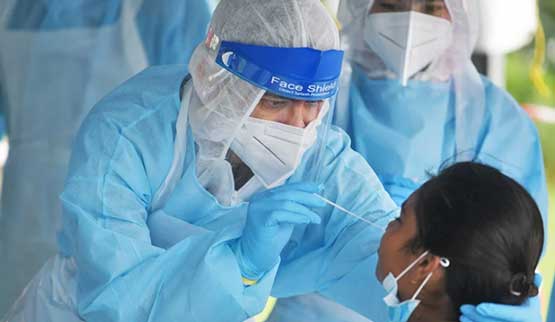 “We have detected XBB in Malaysia. For now, it has not resulted in an increase in terms of hospitalisation rates and deaths, which is the most important yardstick.

“There is nothing to worry about for now,” he said in a Bernama report.

“The health ministry officials are currently in the midst of making a projection on the possible increase in the number of cases based on the infection models we have. I will be able to give a more accurate projection next week,” he added after an event in Seremban.

He also said that the health ministry has no plans to restore the mask mandate due to the latest development.

Meanwhile, The Star reported Khairy as saying that the health ministry “expects the number of cases to go up a little” over the next few weeks but reassured the public that it was no cause for concern at the moment.

He said there was always the possibility of new subvariants emerging during the current transition to the endemic phase of the Covid-19 pandemic, adding that the public should assess risk situations for themselves and act accordingly.

The XBB subvariant was first detected in India in August and has since been detected in more than 17 countries, including Singapore, Australia, Bangladesh, Denmark, Japan, and the US.

In a recent interview with FMT, virologist Kumitaa Theva Das of Universiti Sains Malaysia noted that a recent study from China found the XBB subvariant to be the most immune-evading of all the variants. – FMT